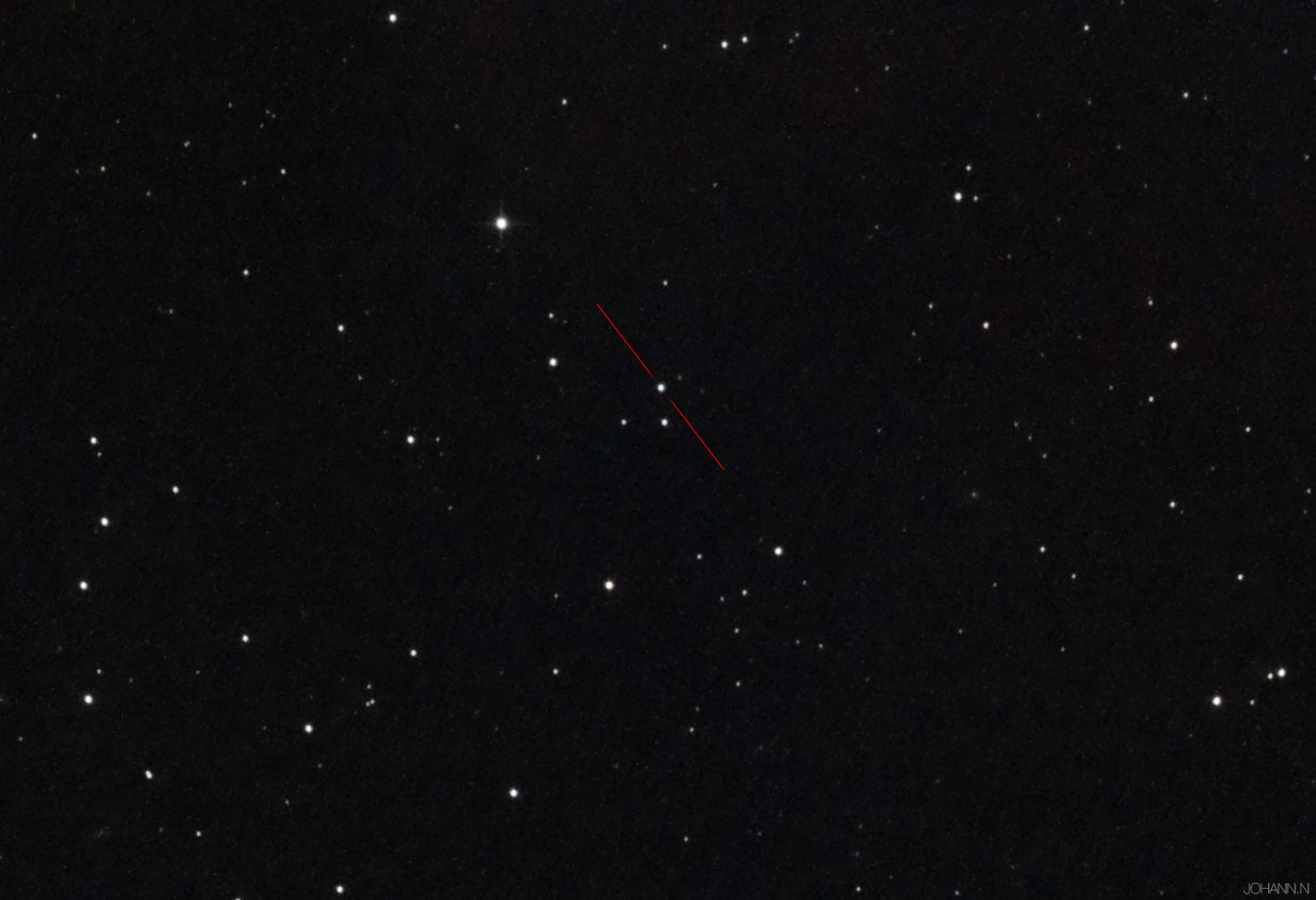 One of the most profound images to ever be captured by my camera and telescope. It may be not appear beautiful and full of colours but that object highlighted with a red line is located a whopping ~2.443 Billion Light years away!

“A quasar is believed to be a supermassive black hole surrounded by an accretion disk. An accretion disk is a flat, disk-like structure of gas that rapidly spirals around a larger object, like a black hole, a new star, a white dwarf, etc. A quasar gradually attracts this gas and sometimes other stars or or even small galaxies with their immense gravity. These objects get sucked into the black hole. When a galaxy, star or gas is absorbed into a quasar in such a way, the result is a massive collision of matter that causes a gigantic explosive output of radiation energy and light. This great burst of energy results in a flare, which is a distinct characteristic of quasars.”

Another mind-blowing fact about 3C 273 is that if if it were only as distant as Pollux (A common star located ~33 Light-years from Earth) it would appear nearly as bright in the sky as the Sun. Quasars, truly, are one of the brightest objects in the Universe!

A collection of Johann Nishant's Images